Poker is a skill-based game in which chance and strategy influence your outcome. If you’re playing against other people, and not just a casino dealer, a degree in psychology wouldn’t hurt either. 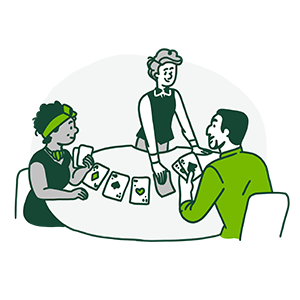 The object of poker is to finish the game with a poker hand of the highest value. When playing poker at a table in a casino, you generally just need to have a better hand than the dealer, not all the other players at your table. Many casinos also offer separate poker rooms where you play against other players.

Straight flush
Five cards in a sequence, all in the same suit.

Four of a kind
All four cards of the same rank.

Full house
Three of a kind with a pair.

Flush
Any five cards of the same suit, but not in a sequence.

Straight
Five cards in a sequence, but not of the same suit.

Three of a kind
Three cards of the same rank.

Each variation of poker is different, but, generally speaking, most casino versions pay even money if you win. If you bet $10, you win $10. If you tie the dealer, sometimes it’s a push, and you keep your bet, and sometimes you lose your money. Many variations of poker have optional side bets that pay odds depending on your hand.

Calculating the house advantage for playing poker at a table in a casino is complex. Your likelihood of walking away a winner depends on factors like how many cards you are dealt, whether the game allows you to discard, how pushes are resolved, and more. Generally speaking, the house advantage of poker makes it less favourable for players than blackjack and more favourable than roulette.

In all cases, it’s best to understand the rules of the game you’re playing so you can make smart choices and understand your odds of winning.

What are the chances:

While the odds of being dealt a certain hand change depending on how many cards are dealt and how many players are at the table, there are some basic stats to help you better understand the odds.

Your chances of getting a top starting hand such as a pair of aces or kings, is just 2.1%


If you’re one card short of a flush (five cards of the same suit) after the flop, there is a 34.97% you’ll make your hand

The chance of one of your hole cards making a pair on the flop is 32.43%

The probability of flopping two sets of pairs (known as “two pair”) from non-pair hole cards, is about 2%. If you do get two pair on the flop, you have a 16.74% chance of making a full-house by the river 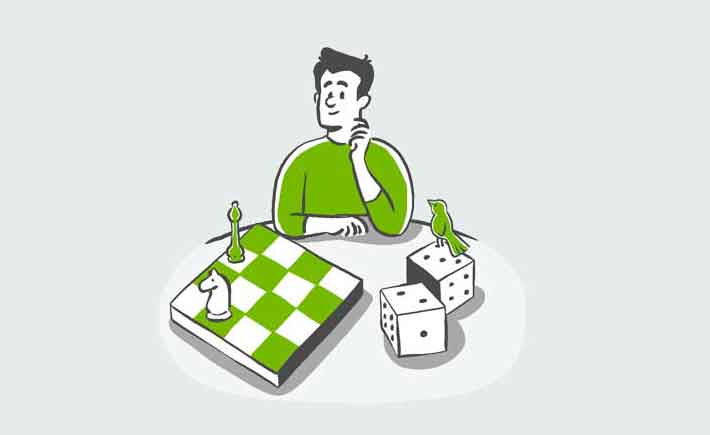 Understand how skill and chance work and how they affect the games you play.

Take this quiz to get a better understanding of your gambling habits. 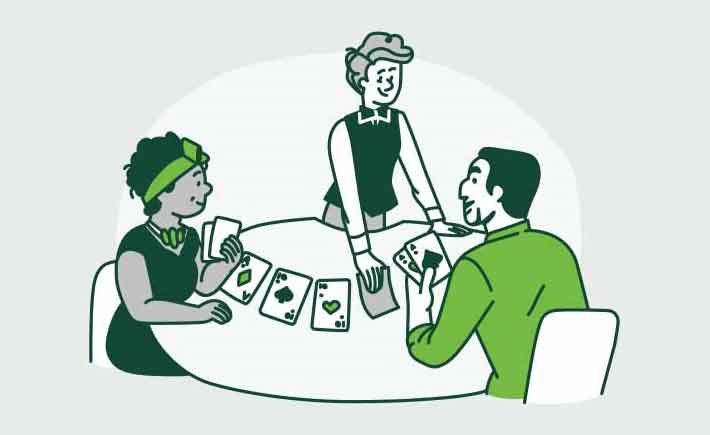 House advantage is one of the most important gambling concepts to understand. Learn what it means to your play.